Evaluating puppies with neurological disease is challenging. They can be considered uncooperative patients and their body systems are still in development. Interpretation of diagnostic tests is complicated by the fact that puppies are skeletally immature, and that the nervous system is still developing. It is easy to understand that congenital anomalies and infectious disorders should be considered important differential diagnoses in puppies with neurological signs. Important factors to take into account are therefore the specific breed, general physical examination findings, health status of littermates, vaccination status and country or region of origin. The following disorders can be considered more common causes of neurological disease in puppies.

This is one of the most common causes of seizures in puppies and occurs most often in toy-breed dogs. This cause of seizures should be immediately suspected in every toy-breed puppy with acute onset seizures. Treatment consists of administration of glucose.

This is the most common brain malformation. Although every breed can be affected, it occurs most often in toy and brachycephalic breeds. Affected dogs can have a dome-shaped head. Although little is known about the natural progression of this condition, selected cases can be treated medically. Surgical treatment consists of placement of a ventriculoperitoneal shunt.

This condition typically affects ‘screw-tailed’ brachycephalic dogs. Hemivertebra can be associated with an abnormal dorsal (kyphosis) or lateral (scoliosis) curvature of the spine. Although this condition can cause progressive spinal cord dysfunction, it should most often be considered an incidental finding on diagnostic imaging studies. Up to 94% of neurologically normal French bulldogs have radiographic evidence of hemivertebra. Hemivertebra are more likely associated with clinical signs when they occur in Pugs and when they are associated with severe kyphosis. Recent information suggests a poor response to medical management, while surgical treatment is technically challenging.

This is probably the most clinically important spinal malformation. This condition is characterized by a focal dilatation of the subarachnoid space with progressive accumulation of cerebrospinal fluid. The most common locations are the cranial cervical vertebral column in large-breed and the thoracolumbar vertebral column in small-breed dogs. Pugs, French Bulldogs and Rottweilers are predisposed to this condition. Medical management results in 30% improvement, while surgery results in 80% long-term improvement.

This condition most often affects toy-breed dogs and is characterized by a dorsal and cranial displacement of the axis relative to the atlas. It is often associated with abnormalities of the dens and failure of ligamentous support. Excessive cervical flexion in a dog with atlanto-axial instability can have devastating and even fatal consequences. Selected cases can be treated medically, while surgery is technically demanding.

Affected animals have a typical clinical presentation consisting of severe cervical hyperaesthesia, lethargy, pyrexia and a stiff gait. Blood work often demonstrates a leucocytosis and a diagnosis is confirmed by evaluation of cerebrospinal fluid. Although relapses are possible, most dogs respond favourably to a prolonged period of corticosteroids.

Simply enter your email address below to register to watch this free CPD webinar:

The data collected here will be used for purposes relating to this webinar only (confirmation of registration, attendance reminders, issuing CPD certificates and account creation to access recordings) unless indicated otherwise by you.

Steven De Decker graduated from Ghent University in Belgium. After graduation, he performed a rotating internship there and undertook a PhD studying ‘wobbler syndrome’ in dogs. This was followed by a Residency in Neurology and Neurosurgery at the Royal Veterinary College. He is Senior Lecturer and the Head of Service of the neurology and neurosurgery team at the Royal Veterinary College. Although he is interested in all aspects of veterinary neurology, most of his research and publications focus on spinal disorders and neurosurgery. 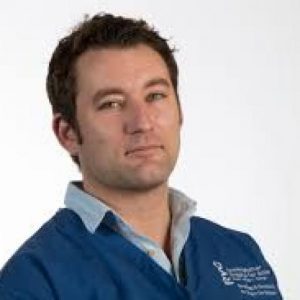