Which would you say is a more deadly disease – ebola or rabies? If you said ebola, you’d not be alone – over 90% of people surveyed thought the same. This is likely because ebola has been on the news a lot recently, and sounds scarier. It may also be due to the fact that ebola passes easily from person to person, while rabies is almost entirely contracted through dog bites, so you just have to stay away from infected dogs. Rabies is also much easier to treat than ebola, with an almost 100% recovery rate if found in the early stages.

Still feeling confident in your answer? Yes? Well, we have a bit of shocking news for you. This year, 2196 people died from ebola, according to the World Health Organisation. By contrast, rabies killed almost 60,000. Yes, you read that right – rabies has killed more people this year than ebola has in the last decade.

Rabies is the most prevalent zoonotic disease in the world. Somewhat frustratingly, it’s also easily preventable. The prevelance in not due to rabies’ virulence, but simply because of ineffective preventative measures. Almost all of these deaths occur in impoverished areas of Africa and Asia.

By contrast, only a couple of people die from the disease in the developed world annually, proving it is possible to effectively eradicate the illness. Most cases of rabies come from dog bites, which means rabies deaths can be prevented by increasing awareness, vaccinating dogs, and administering treatment after people have been bitten. 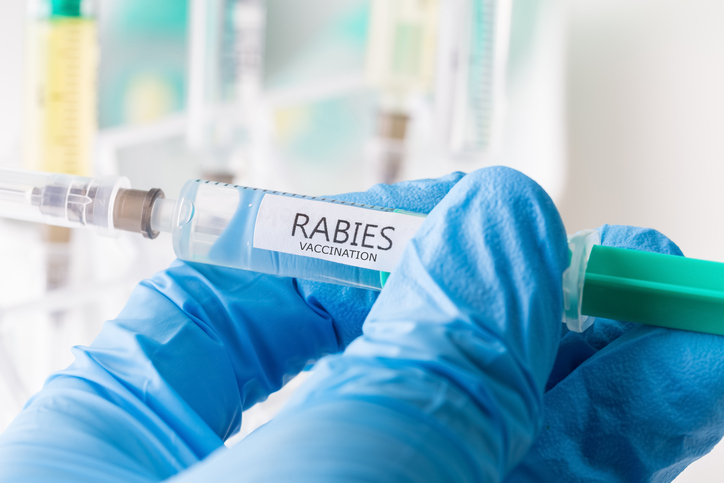 The Webinar Vet will be holding its next annual Virtual Congress in 2020, dedicating two sessions to the global initiative of the elimination of rabies. We are taking this opportunity to announce our commitment to promoting awareness of rabies in order to benefit both humans and dogs who suffer from this awful illness across the world.

The webinars will be available in English and Spanish. The English language webinar will be broadcast on 31st January 2020, and its Spanish counterpart will be held at the beginning of the inaugural Virtual Congress Spanish stream on 1st February 2019.

The webinars will be free to watch, thanks to the sponsorship of MSD Animal Health, who are involved in the global fight against rabies. We invite anybody who wishes to join us and help us continue the fight to eradicate rabies for good.

I was very surprised to read rabies described as being “the most prevalent zoonosis [in humans, presumably],” even if by this was meant the most frequently fatal zoonotoic infection in humans.

I was equally surprised to read that leptospirosis is – or may be:

I’ve read an estimate that 30% of humans may be infected with TB, but not what proportion of those infections, dormant or otherwise, may be with M. bovis…

If we are referring to clinical cases rather than to fatal infections, then I might have guessed zoonotic salmonellosis, in general, or even zoonotic malaria!

Perhaps we do not have sufficient truly reliable and precise data to know which is the commonest lethal or non-lethal zoonotic infection in humans?

Kindest regards, and renewed sincere thanks!