The phrase ‘millennial burnout’ describes the high level of stress that seems to typify the generation of people born between 1981 and 1996, where anxiety, depression, and a sense of just not being able to relax pervades to an alarming degree.

You might have heard it recently, or this may be the first time you’re seeing it, but if you fall into that demographic then you’ll most likely not need much further explanation. It gives a name to a state of existence that millions of people have been acutely aware of for many years now, even if you could never quite articulate it.

Millennials have come in for a lot of demonisation in the media in recent years; often characterised as entitled, over-sensitive, whiny – the proverbial ‘snowflake generation’. “Don’t you know that life is hard?” older people often snap derisively, before giving a wildly exaggerated anecdote from their own lives: “When I was your age, I used to have to walk sixteen miles through wolf-filled forests to get to school! On my sixth birthday I was given a pickaxe and sent to work down the coal mines! In my day, if you had a problem, you just pretended it didn’t exist and kept it to yourself! Just toughen up!”

It’s easy to characterise people today as too thin skinned, too brittle, complaining about petty things when in reality we’ve never had it so good. In some ways, there may be an element of truth to it. But beneath the surface, real problems linger. A study carried out by the Mental Health Foundation last year found that 83% of 18-24 year olds said they “felt so stressed at some point over the last year they felt overwhelmed or unable to cope.” More worryingly, 39% said they had “experienced suicidal feelings as a result of stress”, and 16% had actually self-harmed. That is far from a case of trivial whining. 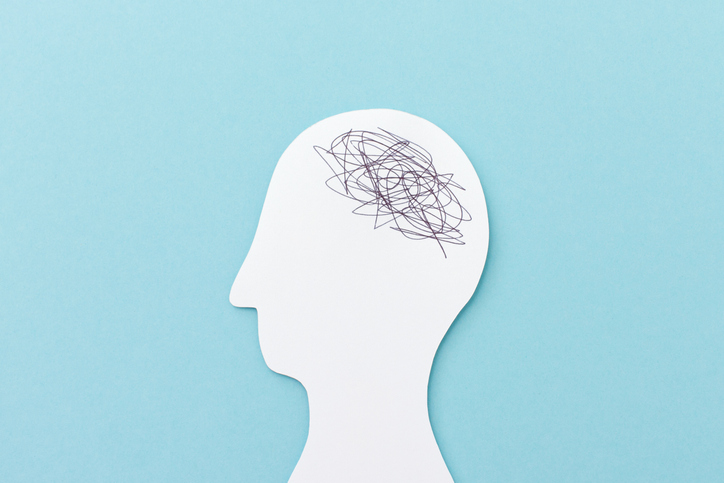 But why is this happening? Well, there are a few reasons. One major factor is money. The majority of millennials are in debt, with 1 in 5 likely to die without ever fully paying it off. This is rarely because of reckless spending – student loans (and overdrafts accrued from those years), stagnant wages, and rising cost of living mean that the traditional progression of life is being delayed. Millennials are having to postpone buying a first house, having children, and living a generally aspirational life until well into their thirties, a decade later than the boomer generation.

But there is a more deep-seated issue at hand, which goes to the core of millennial burnout. The social fabric has changed massively in the past ten years, thanks to the internet. We now live in a world which is both entirely transparent and yet very murky. Lifestyle trends are pushed onto us incessantly by marketing brands on social media, often in an underhanded way. In the 1990s, being a successful adult meant you went to work, did your job, and made sure your bills were paid. Life wasn’t always easy, but as long as you got the basic things taken care of, nobody would judge you – and more importantly, you wouldn’t judge yourself. It was, to use a cliché, a simpler time. But now, many people suffer from social pressure in a status-obsessed reality; pressure to do more, to have more, to be more. Marketing has always relied on making you feel unfulfilled by what you have, but these days we are assailed on an hourly basis by words and images that are designed to make us feel bad about ourselves.

We’re made to feel lazy for having no energy to do anything after work when some ‘influencer’ (the most odious word in current popular usage) on Instagram went kitesurfing at 5 a.m. and is now going to climb Kilimanjaro. We feel like failures when we see some obnoxious 18 year old YouTube star posing in front of his new sportscar. And, if we try to stay away, we’re ostracised by people who think it’s antisocial to not retweet a funny joke of theirs. 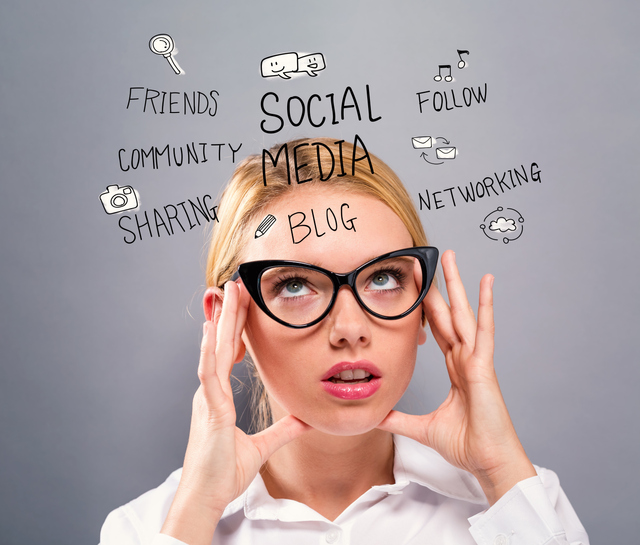 If you’re older (or younger) than the millennial generation and this still resonates with you, you’re not alone. We may use the term ‘millennial burnout’ to describe this modern fatigue, but that’s just because millennials are most directly in the firing line of this new dystopia. The lifestyle influencers and leeches don’t discriminate on age – anybody who they can reach is a potential revenue source. In the survey conducted by the Mental Health foundation, they found that 65% of people aged 55 and over felt so stressed at some point over the last year they felt overwhelmed or unable to cope, while 25% had experienced suicidal feelings, and 6% had self-harmed.

As we’ve touched on before, the veterinary profession is particularly afflicted by high levels of stress, even relative to the general population. Now, one millennial vet nurse is using social media to try to help people in the profession who are suffering from mental health issues. Elle Payne uses the moniker ‘The Positive Vet Nurse’ to encourage openness about mental health in the profession, and posts inspirational and informative content, as well as pictures of cute animals, because some trends exist for a reason. She has since amassed almost 5,400 followers, and recently launched a questionnaire to find out more about mental wellbeing amongst veterinary professionals. We spoke to Elle about what inspired her to start her awareness campaign, and how it’s all going:

The Webinar Vet: Tell us a bit about yourself…

Elle: I am a registered veterinary nurse working in small opinion practice. I qualified last year in July and have been finding out which aspects of nursing I like the most, which is consulting and doing schedule 3 procedures. I have a Syrian hamster called Whiskey who I rescued from my last practice as she was found roaming the streets in her ball!

TWV: Why did you choose this career path?

Elle: I chose to be a veterinary nurse as it is something I always wanted to do, as I loved animals from a really young age.

TWV: How did you develop the ‘Positive Vet Nurse’?

Elle: I knew that I wanted to help mental health in the profession, and this is where the idea of ‘The Positive Vet Nurse’ came along. After losing a friend of mine to suicide and attending therapy due to my depression and anxiety, I decided that this page would help people and maybe in the future become something big.

TWV: Do you think mental health is spoken about enough in your profession?

Elle: I think that mental health awareness is getting better in the profession, with regarding to it being spoken about, but I feel a lot of the problem is due to the public having no idea what people in the veterinary profession really go through and how it affects us on a daily basis. I hope this can change one day.

TWV: How do you deal with your low days?

Elle: On my lowest days I try not to be so hard on myself and try to think positively but it doesn’t always work out to plan. I have learned that talking about my problems can sometimes help too. I have a self-care crash box which I can use one these days which include chocolate, my favourite films that make me laugh and books.

TWV: What are your tips for self-care?

Elle: When people think of self-care, they normally think it involves bubble baths or indulging in having an overpriced massage, but it doesn’t have to be that. Self-care can be as simple as making sure you take a shower, that you eat something and that you get dressed. I feel that self-care is underrated and that people “don’t have time” for it. I used to write down in a notebook self-care for the week ahead, this included seeing friends or family, doing a hobby such as reading, exercising and eating. Now it comes naturally where I don’t have to write it down so hopefully that works for others too.

TWV: What advice would you give to anyone suffering with their mental health?

Elle: For anyone suffering with any mental health issues, I would definitely advise you to talk to someone, whether that be a friend, family member, therapist, GP, help line or a complete stranger on the internet! Cognitive behavioural therapy worked really well for me as I never thought anyone would understand how I felt, I wish I had gone sooner in my life. Talking can save lives and it’s so important! 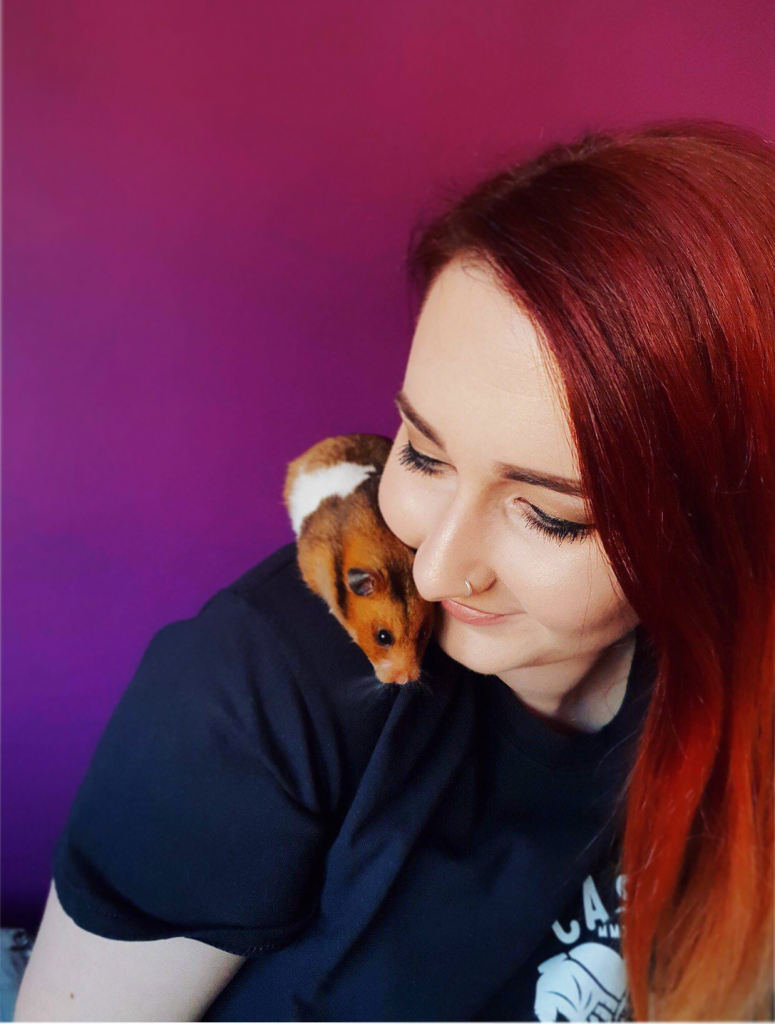 If you’d like more information on how to combat stress, you can check out these handy resources below: