Millennials get a lot of criticism.

It is said that they are an overcoddled generation who are narcissistic, pretentious, entitled and oversensitive. They are portrayed as needing constant praise, unable to deal with criticism, and unrealistic about the world.

Now, a new meta-analysis report conducted by researchers from the University of Bath and York St. John University has confirmed that, while millennials may seem to be emotionally highly strung, this isn’t a defect in their character, but a response to the pressures of the world today. According to this report, it all stems from an increased need for perfectionism. The report defines perfectionism as “an achievement and relational trait” which involves “high personal standards and overly critical self-evaluations”. Perfectionism isn’t simply wanting to do a good job, but is a stress response to pathologically worrying that what you’ve done isn’t good enough, even if there’s nothing wrong with it. 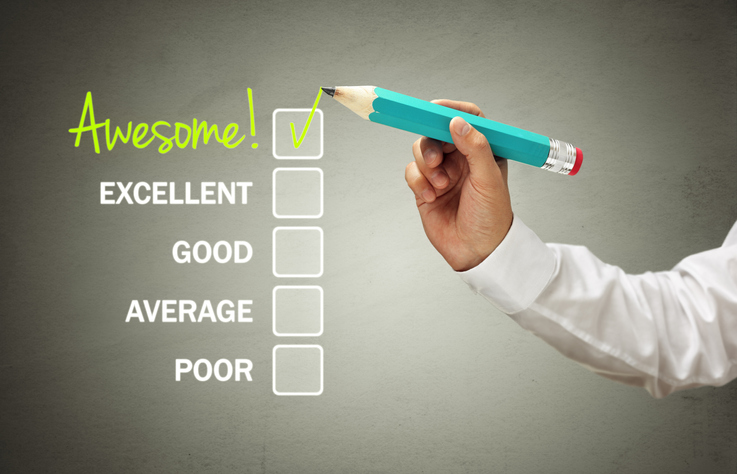 While perfectionism is a characteristic which naturally presents in some individuals more than others, those classed as millennials are far more likely to present it. The authors of the report divide perfectionism into three categories:

Self-oriented – “People who hold unrealistic expectations of themselves, and are punitive in their self-evaluations.”

Socially prescribed – “People who believe their social context is excessively demanding, that others judge them harshly, and they must display perfection to secure approval.”

The report found that the first category has remained stable over the decades, which makes sense, because it’s a personal trait that some people inherently have. However, the other two categories rose significantly between 1989 and 2016.

The time and place that we grow up in massively affects our levels of perfectionism. Being young(ish) in the world today is to live in a reality where perfectionism is everywhere. Social media encourages self-glorification. It demands perfect selfies, and superb shots of you on some exotic holiday, or just reminding people that you’re living your best life. It forces you to compare yourself to others. Criticism comes at you swiftly and harshly, often from people you can’t see, so these thoughts become your own thoughts. You’re never more than a click away from people better looking than you, with more interesting personal hobbies and more impressive achievements. Dating becomes shockingly superficial, convoluted and impersonal (and don’t even think about trying to ask somebody out in real life without messaging them on Tinder first, you absolute weirdo). Even internet pornography plays a deleterious role by glorifying perfect physical bodies. Everywhere we look, we’re presented with an expectation to look, behave, and generally live better than we are, even if that’s not realistic for us. As this new report states, young adults “are perceiving that their social context is increasingly demanding, that others judge them more harshly, and that they are increasingly inclined to display perfection as a means of securing approval”. 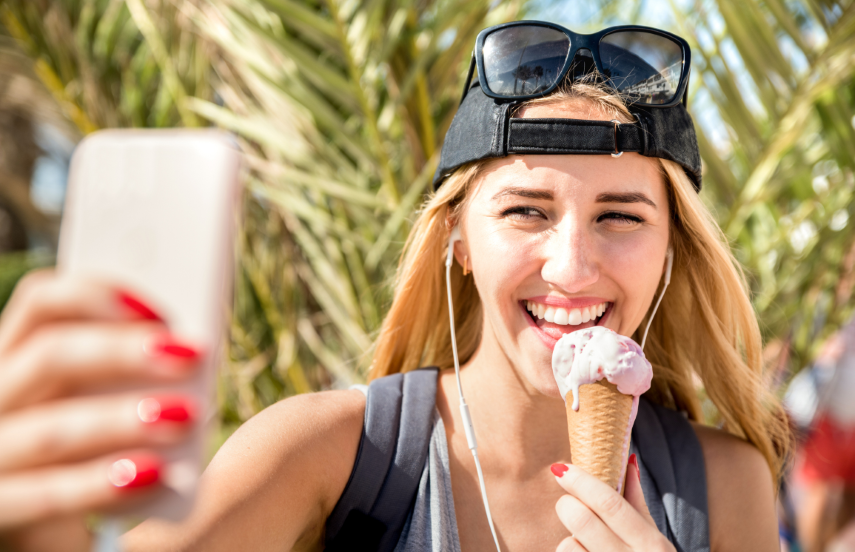 This is made worse by the arms race that modern schooling and job hunting has become. Once upon a time it was possible to leave school with no GCSEs, get a job as a manual labourer, and work your way to owning the company within a decade, making enough money to buy a nice house in the suburbs. That’s gone now. It’s considered a given that you’ll need a university degree. Probably a master’s too. Six years of unpaid work experience. References from 17 different CEOs. Education no longer exists to make people more informed and expand their mind – it exists to get you to the next stage on the corporate ladder. You have to compete. You need to get better grades, you need better references. Your best isn’t good enough anymore. Individual achievement cannot exist in isolation – it’s only worth something if you’re better than other people. The weight of expectation crushes you slowly.

Furthermore, millennials are now reaching the point of having children, and this is already beginning to affect the new generation, thanks to millennial overparenting. Parents naturally want the best for their kids, of course, but they increasingly push them to meet society’s unrealistic standards. They force them into extracurricular activities so it looks good on their university application, rather than because the child enjoys it. They move across the country just to get their kids into a more prestigious school, taking them away from their friends and putting them in an alien environment. They also increasingly share far too much of their children’s private lives on social media, which may not be appreciated in the future. Parenting isn’t easy and it can be a double-edged sword trying to decide how much input to have in your child’s decisions, but we need to seriously think at this point about how we can ensure the next generation isn’t growing up even more stressed than this one. 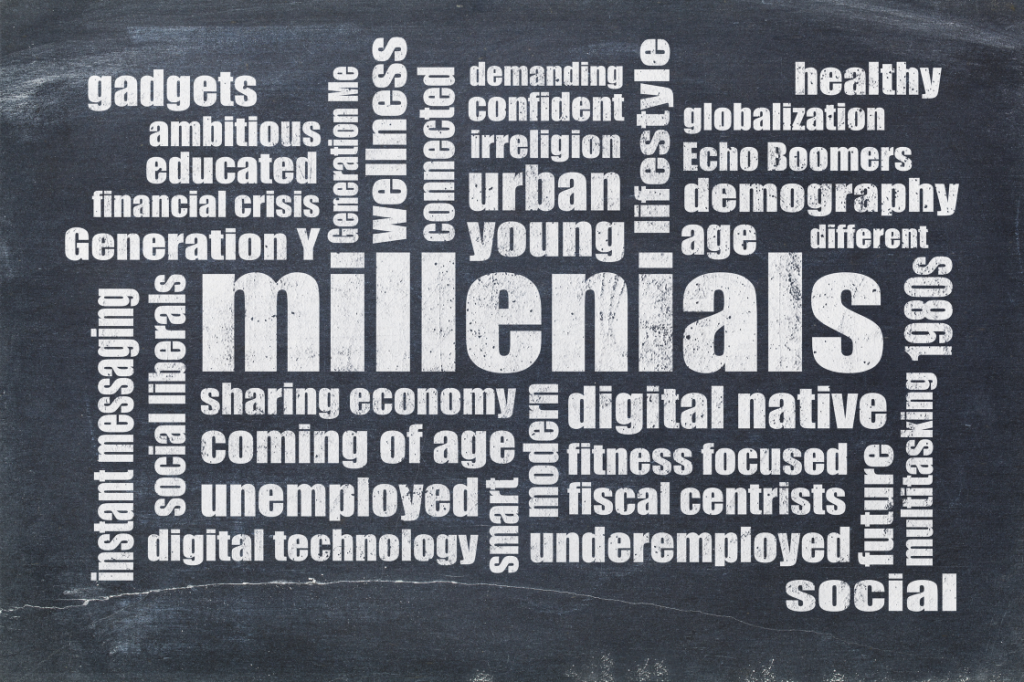 It doesn’t have to be this way. Consider the previous generation. The slacker culture of Generation X typified a peer group who had become disaffected with modern consumer life, and responded by going in the exact opposite direction from perfectionism. Slackers took pride in not trying, in aiming low, and embracing their triviality. This was reflected in the filmic and literary culture of the 1990s, such as the film Office Space, the novel and film adaptation of Fight Club, and, of course, Douglas Coupland’s eponymous novel, Generation X. These are stories of people who are or were living the humdrum life of meaningless office jobs and empty, mass produced culture. They respond by dropping out entirely, by quitting their pointless jobs, moving out of expensive city houses and living in affordable housing in the middle of nowhere, finding meaning in not engaging with a culture that they see as trite and shallow. Generation X may not have had all the answers, but they proved one thing – just because it’s the way things are done, doesn’t mean you have to do it.

What Generation X got wrong was to assume that their only option was to stop caring and stop engaging, and that this would somehow stop the march of history. They also failed to predict that Western society was on the brink of a massive downturn. It can be a little galling for millennials to watch films where people who easily acquire good jobs and can afford to buy nice houses reject them, when millennials would kill for that opportunity. Generation X lived in a time when the global economy was secure, when the West was politically stable, and life was relatively sedate. Then, we had the global recession, 9/11 and the War on Terror, and a series of political and social earthquakes. Most significantly of all, the internet changed the way we related to each other, and made us all connected in a way that was never expected, generating a new form of spontaneous order.

The positive side to this is that millennials are better placed to change the culture than any generation since the Second World War. They are politically savvy, socially engaged, and have built a system that the Old Guard barely comprehends, which they can wield to their advantage. Millennials have a chance to reshape things, to analyse what is wrong, and change it. By doing so, we can form a new reality where people aren’t permanently stressed, worrying they’re being judged, and that they’re not good enough. We can achieve a consensus on a better way to do things, which is beneficial both for the individual and society. We can swap ruthless ambition and cut throat compeition for cooperation and collaboration. We can develop a new mental framework which allows humanity to find its full potential. Or was can continue developing new filters for our selfies. It’s up to us.

If you’re getting stressed out just reading this article, then you might like to try our ten tips for happiness here.