You open your eyes. You look around. You see the world. That world is reality.

Well, maybe not always. Our perception is a lot more fluid than we often think. Consider the image below. What do you see here? 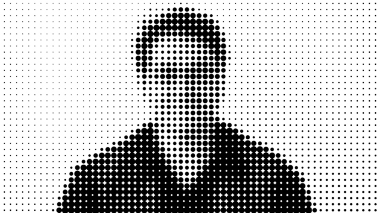 Most people will say that this is a low-resolution image of a man staring at the camera. You can clearly distinguish his hair, shirt, and even facial features. Except, it’s not a picture of a man. It’s just a series of dots. Zoom in, and you’ll find there is no detail or texture, or even drawn lines. It’s just dots. Why does your brain put together these dots to form a picture of a man? Even knowing that this isn’t a picture of a man, you can’t stop seeing it. This is how your brain works – it takes in data it receives, and turns it into something it understands. It’s a crucial part of consciousness, and knowledge, and how we interpret the world. However, there are occasionally gaps in the data. Small pieces are missing that would tie it all together. This is where the brain can go wrong, and mislead us. It decides the missing data doesn’t matter, because the rest of the data closely resembles something, so that’s what it must be.

The brain works on assumptions. We see what we’re expecting to see. A lot of the time this is an effective way of integrating new experiences into our pre-existing definitions of the world, because there are certain things that follow logical patterns. When we see something we don’t recognise or understand, we relate it to the closest thing we can think of. For example, if you’re taking a stroll through the jungles of Panama and happen to see a purplish-backed quail-dove, you probably won’t know that it is in fact a purplish-backed quail-dove just by sight. However, you will be able to say that it’s similar to a pigeon, and therefore you can react in the same way you would to a pigeon. You can categorise things, into what’s dangerous, what’s edible, what’s useful, and so forth. This is how the brain has evolved to help us assess new situations, and make best guesses when we don’t have all the information.

However, sometimes the brain guesses wrong. It fills in the data, when it shouldn’t have, as the picture above demonstrates. It jumps to a conclusion. This happens more often than you might think. There is often a discrepancy between what happens, and the version of events we craft in our brain. At every waking moment, we are receiving a huge amount of data, far more than we can ever process. Even when we think we are objectively observing things, we’re twisting it – we’re crafting a story about what we’re seeing, rather than taking it in properly.

There is no such thing as a fixed reality. Reality is a concept that exists only in our minds. This does not mean nothing is “real” – a horse is objectively real, while a dragon is not real – but our perception of the things we interact with generates our version of reality. For example, look at this picture below. This one isn’t an optical illusion (we promise). What do you see? 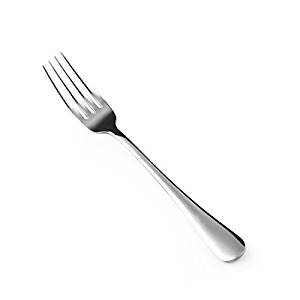 You probably said “fork”. If you said “a picture of a fork”, you get bonus points, because image and representation is a whole separate rabbit hole, but for now we’re taking this as an example of literalism. So, you said fork. You probably didn’t say “steel”. You most definitely didn’t say “an alloy of carbon and iron”. But why not? That’s an equally valid answer. In fact, scientifically, it’s the right answer. A fork is an artificial creation. Its purpose is clear only to us. Imagine an alien that absorbs all its nutrients via osmosis, and has no need of cutlery, lands on Earth and finds a fork. The alien could scan the fork with some scientific device and see that it’s made of steel, but would not interpret it as a fork. But to us, the context is so obvious that we don’t consciously think about it. You don’t see this as an elemental component, you see this as a fork. This is because our minds give meaning to things based on their everyday utility. We see the representation of what they are. We consider the fork’s purpose to be the entirety of its description. This is the same with most things we interact with. It’s why, when you look at another human being, you probably don’t think of their faces as being skin stretched over a skull, or imagine their intestines digesting food. In this way, reality becomes the story which we place on top of physical matter. Reality is in fact our interpretation of meaning which we tie to our environment. While we think we’re seeing the world around us objectively, we are in fact seeing a representation of the world, percieved through a framework of value and utility.

The reason this matters to us is that we tend not to realise this. We tend to see things as set. Reality is usually held up as the inviolable truth which cannot be changed. As such, it’s easy for our minds to get trapped inside a version of reality where we see no escape from the “way things are”. The simple fact of understanding that all might not be as we see it can help us reframe our reality to something more amenable to us. To use an allegory, think of the musician. Most of us, when we listen to music, hear “music”. That’s what it is to us. But a talented musician may well be able to consciously hear every note that is played, and perceive the music as its own components. From this, the musician can rewrite the music, so that it sounds different. In this way, once you are able to understand the components of your reality that are malleable, you can rewrite them to be something better.

For the whole of May, we’re examining ways to keep your composure and develop a robust psychological stamina, to help you deal with the challenges of the world at large. If you’re interested in hearing more, just subscribe to our mailing list by putting your email address in the box below:

In our next installment, we’ll look more closely at ways you can use knowledge of your own mental processes to stay calm and focused.