What does it mean to be happy? It’s something that we talk about so often that we must have a good grasp of the concept by now. The constitution of the United States enshrines the right to pursue happiness, which means it technically should have a codified legal definition. And yet, it’s kind of a difficult concept to nail down. We can consider a few different aspects:

Scientifically, we can explain how the process of happiness works – it’s to do with dopamine and receptors in the brain, which gives you a good feeling in response to certain stimuli. It’s a development of evolutionary psychology, to make us pursue things that are good for us. The problem is, knowing what’s good for us isn’t as easy as we think. It’s become distorted by our culture. Happiness means different things to different people, depending on where you come from. Our subjective version of happiness is directly tied to our cultural roots. Some groups, such as Buddhists, describe happiness as a freedom from human frailty, from suffering, from base desires and harmful emotions. Some Greek philosophies say happiness comes from being truthful and honest to yourself. Some people would say that happiness is the purification of a polluted soul through hard physical labour, but that tends to be less popular. 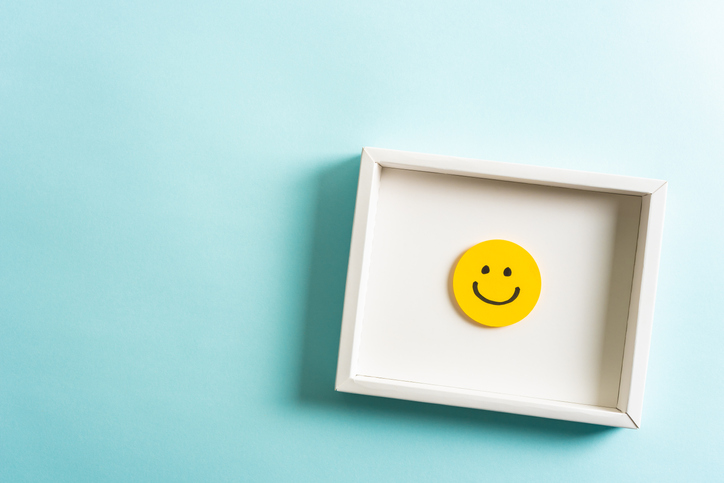 By contrast, in America, happiness has traditionally been defined more prosaically as “prosperity, thriving, and wellbeing”, which is why the American Dream centres around getting rich. This has now become the Generalised Western Dream. Unfortunately, money has been proven to do little to increase happiness. Yes, you need a basic level of money to buy stuff you need, but after a certain point you don’t get any benefit. Money doesn’t buy happiness; financial security buys happiness (or at least, a lessening of anxiety). Knowing we can afford our bills and food and guarantee an acceptable quality of life is what we need. Beyond that, we don’t really feel a benefit. So while a man with £5,000 in his bank account might be happier than a man with £5, he’s not particularly less happy than an man with £50,000, or even £5,000,000. This happens because of the “hedonic treadmill”, so-called because it describes the way in which people who keep moving just stay in the same place. No matter how rich we become, we quickly adjust to it, and want more. Moreover, you can fall into what we could call a “prosperity trap”, where the need to maintain a high level of living results in a requirement to work harder, resulting in less time devoted to things you actually enjoy, and added stress. A survey we conducted among our members demonstrated that income bracket has no effect on what percentage of people will say they suffer from anxiety related to money.

Furthermore, studies have found an upward correlation between a country’s GDP per capita, and the risk of developing some form of mental illness. In other words, as a society becomes more industrialised and wealthier, its people become mentally sicker. People who live in rural villages are more likely to be happy than those in urban metropolises. A study in the USA found it’s possible to map out the urban proximity-happiness ratio on a gradient: the further away from cities people live, the happier they tend to be. When we compare global communities, this difference becomes starker still. For example, the San people of southern Africa live in huts woven from twigs and mud, must walk across a desert to find fresh water, and fight with wild animals to survive. They hold onto a traditional way of life, living in small villages with no industrialisation, and practice subsistence, meaning they only produce what they need, and have no economy to speak of. By the measurements of wider global society, they are not doing well. And yet, anybody who goes to visit them comes away with the impression that the San bushmen are some of the happiest people they have ever met. This might seem counterintuitive to us – how can less development mean people are happier? Surely it would go the other way? Well, there are (at least) three factors to this: 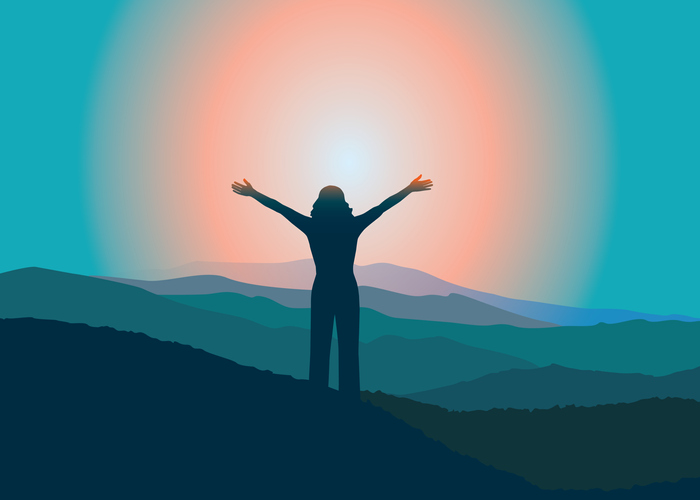 Firstly, it’s relative deprivation. In a society where everybody is poor, there’s no real room for creation of feelings of inadequacy and envy. There is no understanding of wealth creating status. As long as everybody has enough to meet their basic needs, everything is fine. A study in America found that most people would prefer to be the richest person in a poor neighbourhood rather than the poorest person in a wealthy neighbourhood, even if they would have more money in the second scenario. This is a stark example of how our desire for wealth isn’t tied to the flashy lifestyle, but rather to status. We don’t want to have less than somebody else, even if we don’t necessarily need or want more than we have. Small towns tend to have relative equality in terms of economy. People lead similar lifestyles. Yes, some people have nicer houses than others, but you tend not to have the extremes of some people living in mega-mansions and flaunting an extravagant lifestyle, while others struggle to get by. In the city, that wealth disparity is much more transparent. In this environment, many people experience a sense of alienation, insignificance, and inequality.

Secondly, small towns and rural areas are more conducive than cities to forming strong social bonds, which is key for personal wellbeing. The central factor is the sense of community, or lack thereof. Living in a large city where you don’t know most of the people you interact with means you are constantly in a state of unconscious worry. Humans have evolved to be tribal. We need to know everybody in our local vicinity. Not knowing our neighbours is a serious problem, because they could be murderers and cannibals for all we know, so we can’t fully trust them. We are not adapted to trust people we don’t know, and with good reason. This creates a sense of latent paranoia, even if we aren’t consciously aware of it. Every time we get on the train or walk down the street or generally go where we are surrounded by people we don’t know, we are exposing ourselves to the chance that somebody will hurt us.

Thirdly, and on a similar note, the First World way of living has developed a deep mismatch between our lifestyles and the way in which we evolved. Modern populations are increasingly overfed, malnourished, sedentary, sunlight-deficient, and sleep-deprived. We are not made for modern life, spending our days sat in front of computers, or slouched on the sofa in front of the TV. We should be out hunting and gathering, or tilling a field at the very least. The industrial revolution and everything that came after it has put us in an environment that doesn’t suit us. As physical health is strongly tied to mental wellbeing, this matters significantly. 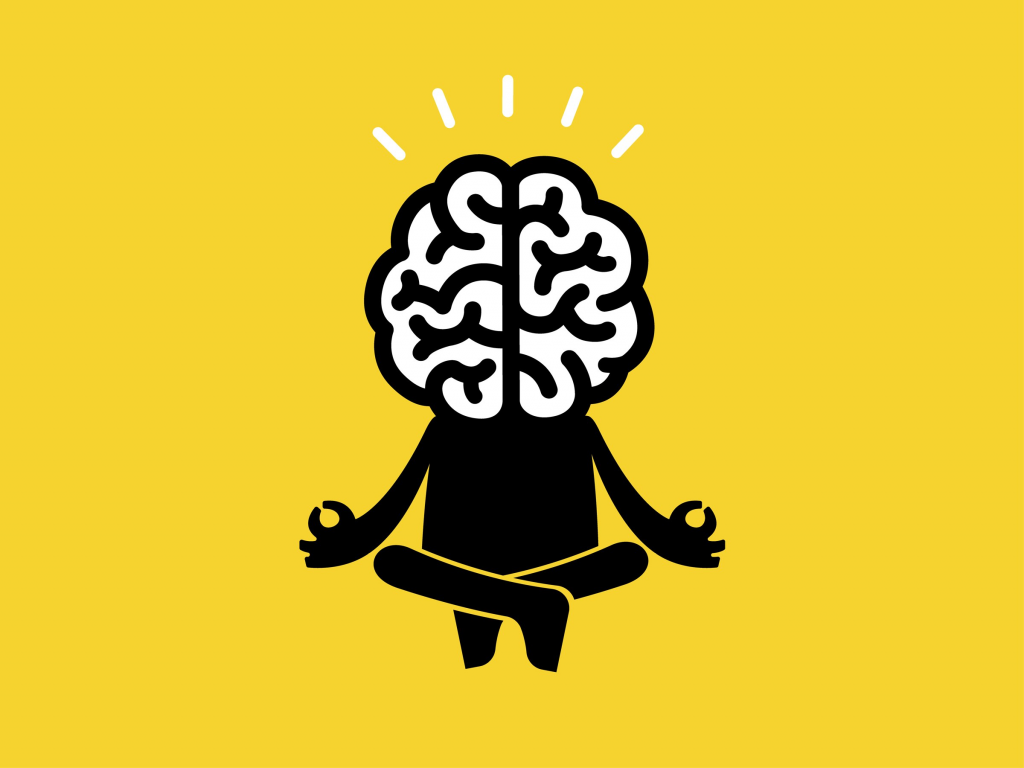 This is evidentiary in the San people. They are among the happiest people on Earth, and it’s not hard to see why. Leisure time and socialising is hardwired into their culture, and they spend most of their time chatting, playing music, dancing, making artwork, and generally just having a good time. They have no real social hierarchy; any decision that affects the whole village is made by consensus, and women are treated equally to men. Everybody is part of the group, and nobody is left out. There is a true sense of communality. What’s also worth noting is that the San people are one of fourteen known extant ancestral population clusters. In other words, the entirety of human civilisation began with them. Their lifestyle is the one we came up from as a species. In the process of evolving to modify our environment, we have changed the game. We built for ourselves a series of obstacles, added in distractions and unnecessary steps between us and happiness.

So, according to evolutionary psychology, the things that we need for happiness are: wide open spaces, fewer strangers, stronger community bonds, simple living, and a higher level of self-sufficiency. You may be thinking that this is all very well and good, but you’re not a bushman, so how does this help you? Well, you may not be suited to the full hunter-gather tribal lifestyle, but you can still introduce these concepts into your life. In our next installment in our Mental Health Awareness series, we’ll be taking this knowledge and using it to formulate a list of practical tips that you can use in your everyday life to maximise your happiness. To stay informed, you can register for our mailing list by putting your email address in the box below:

If you missed the first entry in this series, you can read it here.