Disability campaigners are asking people not to abuse an exemption made for people with service animals, after a rise in the number of people exploiting a loophole to take their pets on planes. Most airlines will allow people to bring companion animals with them when they travel, but the pet must be in a carrier and placed in a special holding area next to the luggage. There is also usually an extra fee for this. There is an exception made for service animals, primarily guide dogs for the blind, to allow them to be brought into the main passenger compartment, at no extra charge.

All very well and good, you might say. The problem is that many airlines allow service animals under a broad classification, which can include ‘emotional support animals’. It is true that certain people, such as autistic children, can benefit immensely from emotional support animals. For people such as this, travelling on a crowded aeroplane can be a stressful occasion, and having their ESA with them can make that much easier. That’s great. The problem arises from the fact that an ESA isn’t easily defined, and an increasing number of people are exploiting that loophole to take their regular pets into the cabin with them. Airlines are terrified of lawsuits and social media backlash from wrongly banning a legitimate ESA, so all anybody has to do to get their pet onboard is to check a box confirming their pet is necessary for emotional support during their flight. 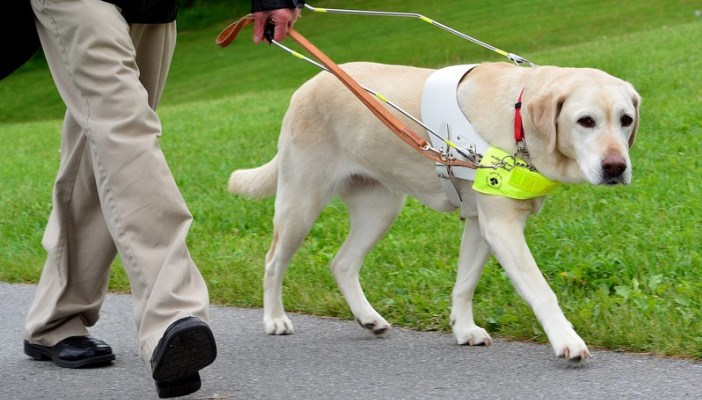 We all love our pets. Many of us have a habit of treating them like our children. And, like with children, we often think they’re better behaved than they actually are. That’s why airlines have rules about keeping them in the cargo hold. Service animals are rigorously trained to remain calm in unusual and stressful circumstances. Most household pets are not. Your dog might be docile when at home in comfortable and familiar surroundings, but when put in a confined place with lots of strange people, they may become erratic. This was demonstrated last week, when a US Army veteran boarded a domestic flight with his ‘emotional support dog’. The dog became erratic soon after take-off, charging up and down the aisle, before spraying some unlucky passengers with diarrhoea. He refused to apologise for taking the animal onboard.

This is far from an isolated incident. Some flight attendants have actually been bitten by dogs and needed medical attention. And it’s not just dogs. All kinds of animals, including ducks, hedgehogs, and frogs have been brought on planes as ESAs. Some of these may be legitimate, but it seems that the overwhelming majority are not trained suitably. One airline in America reported an 84% rise in urinating, defecating or biting incidents since 2016. One flight attendant told a reporter that “it appeared like we were working on Noah’s Ark.”

As such, there is now a growing call for people to stop doing this. A few years ago, a New York-based journalist highlighted the ease with which people can pretend a pet is an ESA by taking a baby pig in a pram onto a plane. She also trotted an alpaca around an art gallery, a historical home, and a NYC train, simply by telling bemused people that the animal was necessary for her mental wellbeing. You might be tempted to see the funny side of the story, but it’s important to remember that at the centre of this are the disabled people who really do need service animals. One woman, who suffers from multiple sclerosis and owns a service dog that can do everything from turning lights on and off to emptying her clothes dryer, said: “I’m shocked by the number of people who go online and buy their pets vests meant for working dogs. These dogs snarl and go after my dog. They set me up for failure, because people then assume my dog is going to act up.” For people like her, this isn’t funny. As it becomes more widespread for people to facetiously label their pets as ‘emotional support animals’, the result will be raised doubt and suspicion cast against people who genuinely rely on them.