According to polls, the most common phobia in the United Kingdom is arachnophobia – that is, a fear of spiders. Around 45% of Brits say they don’t like spiders, and the other 55% are liars.

Something about spiders inspires terror in many people’s minds. But why exactly is this? There are no dangerous species of spider native to the UK. It makes sense to be afraid of spiders if you live in, say, Australia, where there are several species of spiders which are highly venomous. Yet the numbers aren’t any different in Oz, where 50% of women and 30% of Australian men report an aversion to the eight-legged creeps. Only 5% of Australians describe themselves as full-on arachnophobes. Why aren’t people who live alongside dangerous spiders more afraid of them then people who don’t? 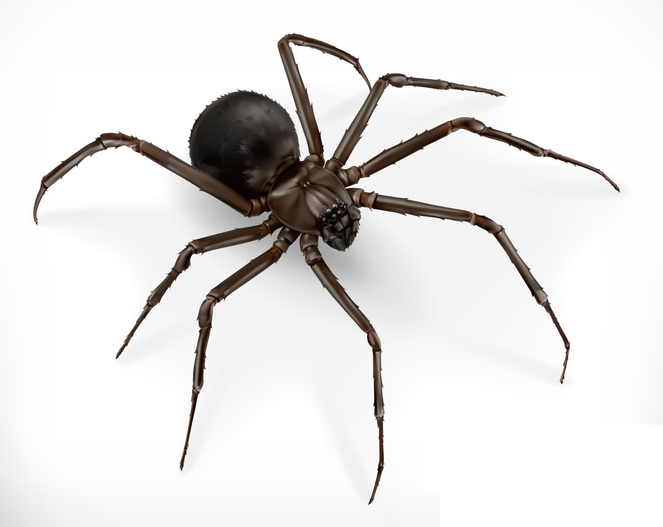 In 2017, neuroscientist Stefanie Hoehl and her team at the University of Vienna discovered that infants as young as six months old don’t like spiders. When shown pictures of spiders, the babies exhibited more pupil dilation, representative of a stress response. Before a baby even fully comprehends what a spider is, they are instinctively averse to them. It’s something you’re born with.

The reason is to do with this: your brain exists in two parts, your Old Brain and your New Brain. Arachnophobia is a condition of your Old Brain. The Old Brain is the part of your cognition that developed in the early stages of human evolution, when we were still primitives yet to discover fire. The Old Brain is a series of automatic functions that are shared with most animals, and is concerned with things such as safety and food and other primal drives (yes, including that one). The common fear of spiders exists because millions of years ago, when people lived in Africa, being afraid of spiders was a good survival trait, because a lot of them are dangerous. It’s a sort of inherited memory, an unconscious characteristic that belonged to our earliest ancestors, and could be described as a vestigial survival mechanism, in the same way that the appendix is a vestigial organ. 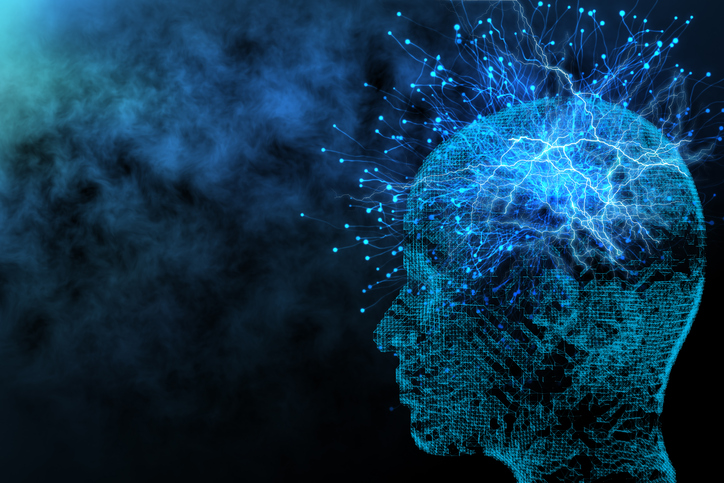 Both the Old Brain and the New Brain are necessary for the mind to function. However, the two don’t always work in tandem, especially as we have moved away from our origins. The pace of social evolution has outstripped the pace of biological evolution by at least half a million years. This isn’t ideal. The Old Brain is a relatively simple cognitive system which runs on chemicals, and triggers automatic responses to stimuli, which can become compulsive and uncontrollable. For example, producing dopamine creates pleasurable feelings, and we’ve learned that certain chemicals (i.e. drugs) can replicate this. That’s how we’ve ended up with a pandemic of drug addiction. If you wire a rat’s brain to a button that triggers a dopamine surge every time it’s pushed, that rat will push the button incessantly and neglect all other behaviour, until it starves to death. People with drug habits are basically doing the same thing. The Old Brain also triggers our fight or flight response in stressful situations. In times gone by, this was a useful mechanism, and in certain circumstances it still is – but it can also be counterproductive. For example, if you’re about to give a public speech, and it’s making you nervous, the last thing you need is nervous energy coursing through your veins. The Old Brain is also responsible for emotional reactions, such as anger, or fear. Whenever you feel like your emotions are taking over, whenever somebody says they “lost control” after getting angry, this is your Old Brain.

Most of us feel anxiety at various points in our life. It’s an unpleasant feeling of dread that something bad will happen. But more specifically, anxiety is a survival mechanism of the Old Brain. Anxiety is generated when the brain becomes aware of something that is potentially threatening, but we aren’t sure if it is. It’s often confused with fear, but it’s not the same thing. Anxiety precedes fear. Anxiety is a state of alertness when the brain is not holding all necessary information to assess the situation. Imagine being a primitive human, snoozing in your mud hut in the middle of the night, when you’re stirred by the sound of an animal walking around just outside. These footsteps could be a harmless deer, or it could be a dangerous lion. The brain doesn’t go straight to the fight or flight response, because it might not be necessary, and you don’t want to flood your system with adrenaline every time there is the possibility of a threat, because that would be exhausting. So instead it activates the anxiety system, which puts you in a state of high alertness. Anxiety heightens your focus, and your brain begins processing information at a much faster speed. Drives such as hunger are lowered. In this moment, the brain processes two (or more) possible outcomes simultaneously. Until these two possibilities can be reconciled, you exist simultaneously in a reality where both have to be assumed to be possibly true. It’s unpleasant, and disorienting. Now, in the example here, anxiety is short lived, because the situation will be resolved swiftly, when you establish whether it is a lion or a deer by looking outside. If it’s a deer, your brain returns to a normal state, flooding you with dopamine which gives you that familiar sense of relief, the chemical comedown. If it’s a lion, your brain goes into the fight or flight response, what we colloquially call fear. However, in our modern, complex world, the things that trigger anxiety aren’t always immediately resolved, and sometimes never can be, if we’re talking about existential things. If we can’t conclude whether scenario A or scenario B is correct, the anxiety doesn’t go away. We’re kept in a state of perpetual readiness for something that we can’t directly act on. 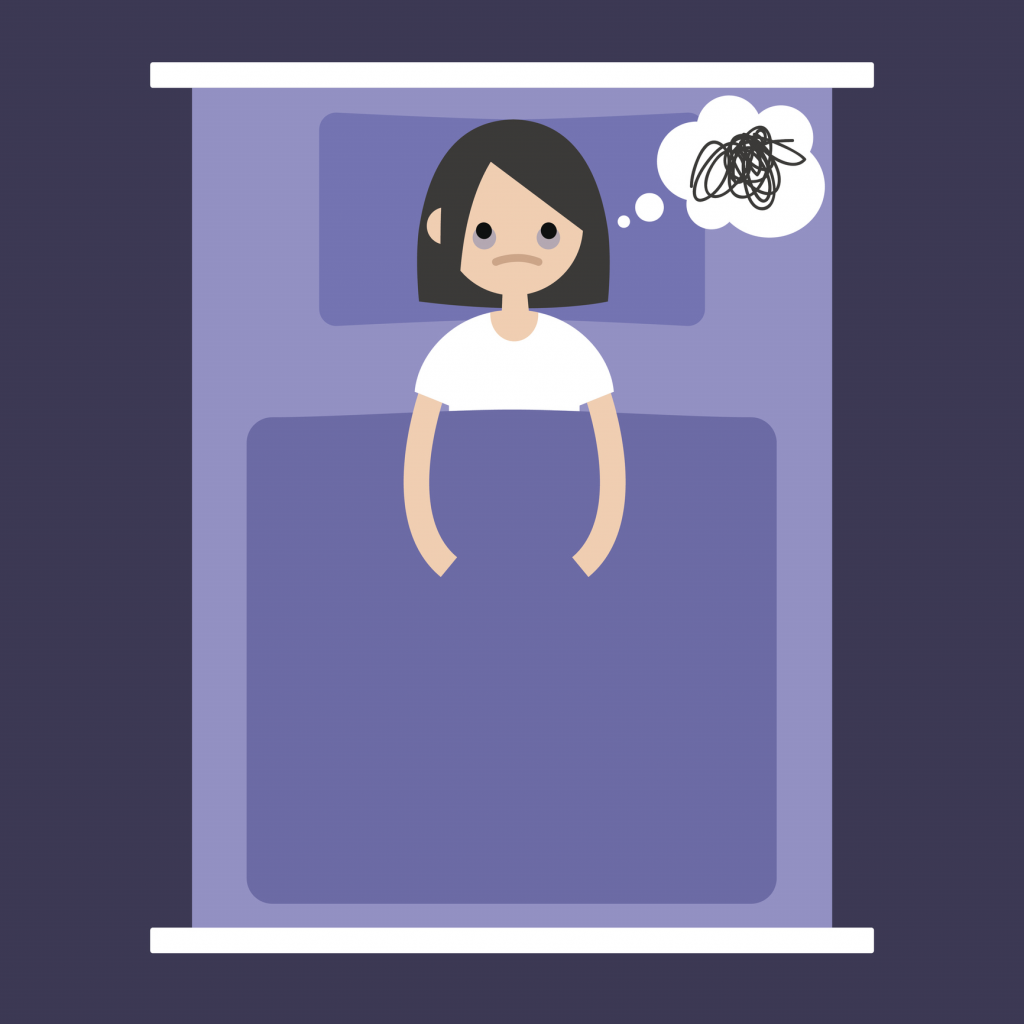 What’s particularly unhelpful is that many studies have concluded that the prolonged feeling of anxiety is more harmful to our mental health than the actual thing we’re worrying about. Have you ever been worrying about something like an exam or a medical procedure or a public speech? Don’t you just wish that you could get it over and done with already? If so, you’re in the majority. People often vastly underestimate their emotional resilience to traumatic events. Most of the time, when something bad happens to us, it momentarily derails us, but we recover much faster than we expect to. We get over it. This is how immersion therapy works – if you’re afraid of something, then face it. Once you’ve experienced it, you’ll realise that you dealt with it a lot better than you thought. There’s little utility in being emotionally destabilised by trauma, so your brain tends not to let that happen. People who get over it and move on function better. But anxiety does serve a purpose, in a sense. Of course, your brain hasn’t caught up to the modern world. Your brain isn’t equipped to deal with the lingering anxiety that you might one day lose your job, or default on your mortgage, or your relationship might break down. It isn’t set up to deal with hypothetical questions.

Beyond that, a negative feedback loop can be triggered accidentally. Let’s say you find something threatening or worrying, even if it’s not really that serious. The Old Brain triggers cortisol release, which activates the stress response. As you’re now feeling agitated, your New Brain focuses on the issue, assessing the problem. Because you keep thinking about it, the Old Brain keeps flooding you with cortisol, keeping the stress response going. In turn, the New Brain keeps obsessing about this thing, worrying, ruminating, panicking. At a certain point, we’re not focusing on the problem, we’re focusing on our own panic. We’re anxious because we feel anxious. The cycle continues and gets worse and worse, until you’ve convinced yourself that this is a life ending debacle that you’ll never recover from, when really it all began because you suddenly wondered if you locked your front door when you left for work that morning. This is an example of how our own genius and complexity can work against us.

You can take some measures to control this. Whenever you’re feeling anxious, assess the problem:

Letting go of useless anxiety is easier said than done, but you can train your brain to switch off the anxiety response. One method that many people find effective for doing this is Mindfulness practices. We have a new Mindfulness course beginning on 21st May, which will guide you on the latest methods proven to help with reducing anxiety, among other benefits for mental wellbeing. To find out more, click below: