The story so far…

Just like that, it’s dead. For two years now, we’ve been chronicling the plodding movement towards increasing the penalty for animal cruelty. As of our last post on the matter, on 30th June, the bill had finally arrived in the commons, set to go ahead.

Earlier this week, parliament was suspended as part of the continuing Brexit saga. All the bills passing through at this time have been dropped as a result. A total of 13 major pieces of reform have been simply lost, and, yes, one of those is the Animal Welfare (Sentencing) Bill. It’s as simple as that. It’s like turning off your computer without saving your work. All progress is lost. Everything is void. 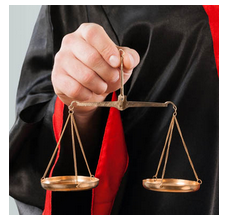 Yes, folks, this is democracy in action. Two years of slogging to get a simple piece of legislation to the commons, only to have it torpedoed by damn bad timing. What’s next? Well, it can be reintroduced once parliament resits, but it may not be. The bill was originally introduced by Michael Gove when he was Secretary of State for Environment, Food and Rural Affairs. Now, Gove is out. That post is currently held by Theresa Villiers. All eyes are on her. Will she step up and do what is needed of her? Or will she let the bill die a silent death?

Villiers is a patron of the Conservative Animal Welfare Foundation, which has advocated for stronger sentencing powers. However, she was until 2017 publicly opposed to the fox hunting ban on the grounds that it might diminish rural economic and social traditions, which suggests she is not exactly zealous about preventing cruelty. Time will tell whether she decides to reintroduce the bill, but there is a strong possibility that this is as far as we get for many years to come.